There are some connections with folk music here, but not performed by anything resembling the band on the cover photo for this release, so don’t be fooled or put off by this image. This is an impressive collection of well-produced world premiere recordings of recent works by composers from Hungary and Romania, and it makes for a fascinating listen.

Máté Bella’s Sounds of Generation Y Part II is a concerto for cimbalom and orchestra in which the composer worked “with the intention of finding out whether it is possible to combine popular and classical music with one another in the way that Béla Bartók and Zoltán Kodály did with folk music.” Bella’s noble aim is to enthuse both typical concert goers but also the younger generation, and various techniques are thrown in to achieve this. The orchestra is for instance divided into two similar halves so that they act like stereo speakers, and the cimbalom part functions “as a digital keyboard that controls the entire orchestra.” These details are nice to know, but not essential to enjoyment of a piece that does some pretty cool things with the orchestra: having its harmonies blend and mix in the “horizontal expanses of sound” in the opening and, just after 7 minutes in, letting everything rip in a forte that emulates John Adams but drives its own ‘fast machine’ steered by the distinctive sound of the cimbalom. This piece is great fun and is the sort of thing that works well with the volume turned up loud. It has a harmonic consistency that is vital and approachable, and just about avoids breaking into film-music stereotypes. There is plenty of orchestral colour to get your teeth into, and the cimbalom solo is spectacular in that way cimbaloms often are, making those harmonies into energetic arpeggios with lots of notes.

Balász Horváth’s PLAYLIST for My Journey to Gera, 2018 is a set of five movements for clarinet quintet, each of which is headed by a year or multiple years, from 1645 to 2018. Horváth took the work of significant composers from the Gera area, Schütz, Fasch, Schumann and Reger, and used short fragments of their music for inspiration. There is humour here, with moments of repetition sounding like a stuck record, shifts in pitch, but altogether this is a fascinating take on existing musics’ interaction with today, filtered through the imagination of the composer. The writing is generally transparent, often quiet, but with an ever-present feel of potential and restless energy. The clarinet part arpeggiates chords and rises above the strings, but the truly lyrical moments are rare and therefore special. Experts may be able to identify some of the references from this recording but to me they were elusive, and the composer gives nothing away in his booklet note. The interaction between soloist and strings is close and often imitative, creating a genuinely satisfying chamber music experience, the substance of which is brought together in a final movement that forms “my compiled playlist” of the pieces referred to in the rest of the piece.

The final work is Dan Dediu’s Concerto for Violoncello and Orchestra, the four movements of which “describe an exciting and surprising musical journey in which the soloist has to face a number of trials in the manner of an initiation rite.” Expectations are created here, but what I hear is a relatively conventional concerto. There are plenty of folk-music rhythms and associations, and the music has a thematic character that is also mentioned in the notes: “Thematic ‘runes’ (a vigour rune and a portal rune), themes (a romance, a chorale of the four horns), and thematic-rhythmic characters (a spirit, a demon, a dog, and prince-charming) open up musical spaces and tell many stories in sound, demanding their right for existence.” At around 34 minutes this is the most substantial piece here by some margin, and it is a good one. The orchestration is well crafted and no doubt great fun to play, and there is no shortage of ‘events’ and contrast. The spirits of Bartók and Messiaen are occasionally invoked, more or less in passing.

The music here is quite approachable, and it is well recorded and superbly played and there are indeed some beautiful moments, but this is a piece I found hard to warm to. I don’t want to put anyone off and these things are very subjective, but for me this is a work that can’t decide if it’s a cello concerto or something programmatic, with some kind of narrative whether actual or implied. Dediu states that, “as in our lives, everything in this concerto is open to interpretation. The soloist has the freedom to find meaning in this music in whichever way they experience it - as does the orchestra.” This is all very well, but it is also a kind of abdication. Symbolism lives cheek by jowl with cinematic suggestiveness and romanticism, drama is present but never entirely explicit, darkness and light blend into each other and the result, for me, is only memorable for its discomforting ‘zen’ way of communicating and not communicating, for the presence and non-presence of its intention.

In summary, this is a release that is well worth exploring. The Cello Concerto may grab you entirely differently to me, so feel free to ignore my comments. These things are all a question of taste and personal preference, but for me Máté Bella’s piece makes this worth the price of admission on its own. 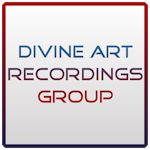 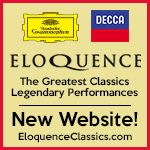 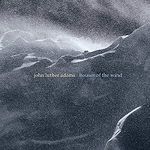 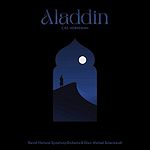 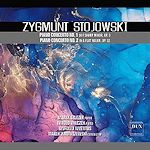 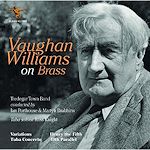 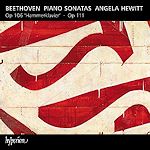 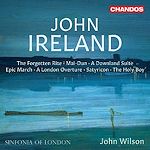 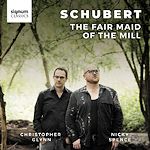 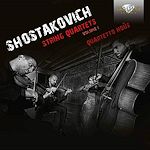 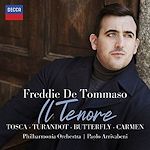