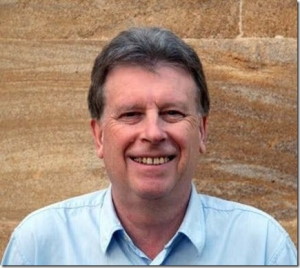 Terry Barfoot is a well known figure in the musical life of southern England. He gives pre-concert lectures at Portsmouth Guildhall and The Lighthouse, Poole, and works regularly at Oxford University, where he recently gave a series of lectures on the operas of Wagner, and in particular Lohengrin and Parsifal.

Terry writes for Classical Music, Opera Now, BBC Music Magazine and MusicWeb International, and for seven years was editor of the Classical Music Repertoire Guide. His book Opera: A History was published by The Bodley Head, and he contributed to The International Dictionary of Opera and The New Grove Dictionary of Music and Musicians. He recently collaborated on a history of music, to be published this year (2014) by Omnibus Press, and contributed on Verdi, Mozart and Wagner in particular to Britain’s first correspondence degree course in opera studies. He writes programme notes for many leading festivals and orchestras, including the BBC National Orchestra of Wales and the Bournemouth Symphony Orchestra, for whom he is Publications Consultant. He has written CD notes for EMI, Chandos, Virgin Classics, Regis and ASV.

Recent projects include Elgar’s The Kingdom at the Three Choirs Festival, Hereford, and Vaughan Williams at Oxford University, the British Library and the Torbay Musical Weekend. He gave presentations on Beethoven at a conference in Cologne and on Mahler’s symphonies at Périgueux in France, and has lectured on Tchaikovsky’s Eugene Onegin for Opera Holland Park and on Berlioz’s The Trojans at the Royal Opera House, Covent Garden. He is Vice President of the Arthur Bliss Society, the Havant Orchestras, Southampton Music Club and Portsmouth Baroque Choir, and an Honorary Member of the Berlioz Society. With his own company, Arts in Residence, he promotes musical events at agreeable locations throughout Britain and in Europe, and recently led visits to Prague, Leipzig, Vienna, Amsterdam and Berlin.

WE regret to announce that Terry passed away in hospital on 12th August 2020. Obituaries from Roy Westbrook and Ian Lace